Philippe Masset, CEO of Degroof Petercam: "In 2018, Degroof Petercam continued its strategy based on its unique transversal model to offer its clients ever more value-added services.
In an unfavorable market environment, our teams once again succeeded in generating above-market returns, as confirmed by the numerous awards for our performances.
We are pleased to have improved the quality of our results, making them less dependent on the evolution of interest rates.
Based on these findings and despite a complex economic, financial and regulatory environment, we are looking to the future with confidence. We are convinced that we have all the resources and expertise to achieve our ambitions. On behalf of the members of the Board and Executive Committee, I would like to sincerely thank our teams for their contribution and our clients for their trust and loyalty."

This year, private banking clients have benefited from a revamped patrimonial offer and tailor-made solutions, such as the specific approach for family business owners, new investment funds dedicated to responsible investment and exclusive private equity investments. They were also able to benefit from new digital applications, an area in which Degroof Petercam continues to invest. The network has been expanded with the opening of new offices in Turnhout and Tournai.

With 99 mandates successfully completed and a sharp increase in stock option plans, 2018 was an exceptional year for the investment banking team.

The entity for institutional asset management collected net inflows of approximately 900 million euro and benefited from the success of its blockbuster funds abroad; more than 50% of its funds and mandates are sold outside Belgium. The Asset Services division experienced the effects of declining markets at the end of the year, but the pipeline remains very solid.

Both the model portfolios and the flagship fund ‘Global Strategy’ recorded top tier performances over 1, 3 and 5 years in comparison to our main competitors.

As far as institutional management (DPAM) is concerned, the funds consistently delivered excellent long-term returns. For the second year in a row, DPAM received the ‘Super Award’ of the Belgian financial dailies L'Echo/De Tijd, confirming the best asset manager in equity and fixed income over a period of five years.

In 2018, the presentation of client assets was adjusted to better reflect all the group's different activities*.

Total revenues amounted to 455 million euro, compared to 468 million euro in 2017. In a context of negative interest rates in Europe, increased spreads weighed on treasury results. However, Degroof Petercam is becoming less dependent on interest rate income, which is mainly influenced by external factors.

Excluding interest income, net fee income increased for all business lines by 3.8% compared to 2017. Compared to 2016, the compound annual growth rate amounted to 8.4% per year, reflecting the sustained growth of our fee-generating activities.

Gross operating income amounted to 109 million euro, after taking into account costs related to increased investments in IT and an increase in regulatory resources that should allow us to deal with an increasingly complex environment. After taxes and exceptional items, mainly related to the final integration costs, the consolidated net result amounts to 57 million euro.

The equity ratio (CET1) reached 16.8% and the liquidity ratio (LCR) 256%. Both ratios are well above regulatory requirements and reflect the strong balance sheet. On 31 December 2018, outstanding loans to clients amounted to 2.1 billion euro, with a balance sheet total of 8.2 billion euro and cash deposits of 6.8 billion euro.

The meeting also approved the appointment of Kathleen Ramsey and Yvan De Cock as independent directors, subject to approval by the NBB. Yvan De Cock has been appointed to replace Christian Jacobs, whose mandate expired.

Ludwig Criel, Chairman of Degroof Petercam: "On behalf of all the directors, I would like to thank Christian Jacobs for his contribution to the activities of the board. We also welcome Kathleen and Yvan. Their knowledge and experience of the financial sector and its constant evolution will be of great added value for us. We look forward to continue Degroof Petercam’s growth with the board of directors, the management, our staff members and our clients, both in Belgium and abroad."

Kathleen Ramsey (1966) held senior positions in international financial institutions such as Citigroup (Barcelona) and Santander (London and Madrid). For the last eight years, she has been active as Chief Operating Officer (COO) of Alpha Card - a joint venture between BNP Paribas Fortis and American Express based in Brussels - and then COO of Santander Consumer Finance, world leader in consumer credit (in Ghent and Utrecht). Kathleen holds the Belgian and American nationality and holds several degrees (Bachelor of Arts / Telecommunications & Spanish, Master of Business Administration, Master European Communities and Multinational MBA).

Yvan De Cock (1954) holds a law degree from the Catholic University of Leuven (KUL) and a Master's degree in Finance and Accounting (EHSAL). He has spent most of his career within the BNP Paribas Fortis group. Before becoming an advisor to the CEO, he held various senior positions within the Corporate Banking department, including the role of Head of Corporate and Public Bank Belgium. Within this role, he was also a member of the Executive Committee (2011-2016).  He has served on the board of directors of several subsidiaries of the BNP Paribas group, including as chairman of BNB Paribas Fortis Factoring (Belgium) and of European Direct Property Management (Luxembourg). Today, he is a director and member of the Audit Committee and the Compliance Committee of the bank Türk Ekonomi Bankasi.

* In 2018, Degroof Petercam modified the presentation of client assets (under management, under administration and in custody) to better reflect the group's different activities, in particular:

- Custody services, including registration, deposit and custody via securities and cash accounts.

The group has restated the 2017 data, which differ slightly from the figures reported last year. 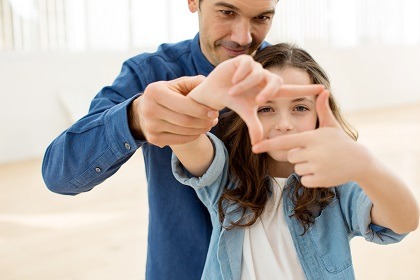