On Monday 19 January 2015, Bank Degroof, Petercam and their reference shareholders signed a memorandum of understanding (MOU) with the purpose of merging. Both parties will pursue further talks in view of signing a final merger agreement.
Both companies have a distinctive business model which relies on the complementarity of three basic activities: private banking, institutional management and investment banking. Furthermore, the firms benefit from the long-term commitment of solid shareholders, and share the same values regarding customer service, independence and sustainable performance.

With over € 47 billion assets under management , the new group will become the leading independent financial institution in Belgium with a prime position in every field of its expertise. Additionally to its offices in Belgium, the new group will also have a strong international presence, notably in Luxembourg and France. The family roots and the close collaboration between shareholders, managers and clients will guarantee the accessibility and flexibility of the group.

Philippe Masset, chairman of the management board of Bank Degroof: “This pooling of our forces gives our clients the best of two prominent companies in the field of specialized investment services and expertise of high added value, both in Belgium and our main European markets.  In addition, the new group will be well positioned to face future technological and regulatory challenges.”

Xavier Van Campenhout, chairman of the management board of Petercam: “Since the beginning of the last century, our founders have always pursued the same mission : to offer our clients performing services and top-level expertise while remaining true to human values, to entrepreneurship and to independence. In 1968 this ambition drove Peterbroeck and Van Campenhout to merge into Petercam, which generated considerable value. It is the same mission that continues to drive our company today.”

Timing and sequence of operations

All activities of the new group will be steered by a group executive committee made up of 7 members, which will function as a central managing entity and will report to the Board of Directors.
Subject to the approval of the supervisory authorities, the future group executive committee will be chaired by Philippe Masset, CEO, and will be composed of Xavier Van Campenhout, Deputy CEO and head of Private Banking, Jan Longeval (Institutional Asset Management), Gautier Bataille de Longprey (Capital Markets), Gilles Firmin (CRO), and of external COO and CFO who will be appointed shortly. As Co-head Institutional Asset Management, Hugo Lasat will be CEO of the asset management company. Alexis Meeùs will be CEO of the corporate finance company.

The dynamic between the businesses and clients will be reinforced by a group management committee which will gather, next to the group executive committee, a number of executive directors from both firms and the head of human resources. Furthermore, the international network committee will gather CEOs from the different foreign branches and will report to the group CEO.

The agreement has been concluded subject to a due diligence process, the final merger agreement scheduled in the course of the first semester of 2015, and the approval by the different authorities.  The signature of the final merger agreement is foreseen during the first half of 2015. The merger itself should be finalized during the second semester of 2015.
The stages leading to finalization of the merger will be directed by a Steering Committee which will be co-chaired by Philippe Masset and Xavier Van Campenhout.

The teams will work jointly in order to set in motion this common project. The new group will capitalize on the complementarity of services and expertise to reinforce its leading position in its domestic markets and pursue its European ambitions. The new group will endeavor to achieve these goals by promoting the principles of ethics,  corporate social responsibility and proactivity, which have always driven Bank Degroof and Petercam. The new entity will be guided by its long-term vision rooted in its strong family-run engagement. 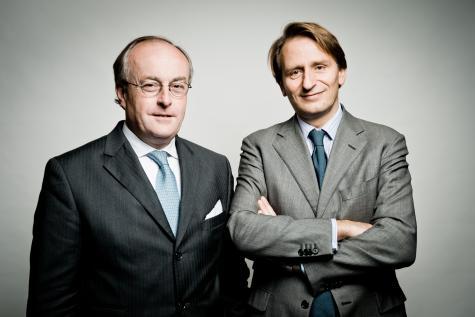